Computing Mode Selection in Cloud Computing introduces the latency in the network. The node at the lowest level of network has to wait for the process to finish which has been passed to the cloud for faster computation. Edge computing plays a vital role to avoid this delay in computation for every task as with fewer resources than cloud, fog computing can provide almost real-time computations to IoT node. We optimized this computing mode selection from local, fog and cloud computing.

Computing Mode Selection using Software Defined Network started from the evaluation of cloud computing. The increase in IP traffic is due to the increase in the number of Internet-connected devices. Cloud computing and the Internet of Things (IoT) are two major technologies that have contributed a lot in this direction. With a reduction in the cost of sensing, computation and communication, more and more things are connecting to the Internet. These things are communicating with other connected things and humans.

Cloud computing concept started in 1950s with the evolution of mainframe computing. Wherein, multiple users were allowed to access a central computer through dumb terminals, whose sole function was to provide access to the mainframe.

You are reading this at https://free-thesis.com and can download the MATLAB code also.

Traditional IoT architectures connect the sensing devices to the Internet and send the generated data to a cloud resource for processing. This methodology works well for the applications where strict delay is not a concern. Cloud is not an ideal resource for the applications which require real time responses. This is the reason, domains such as telecommunication, health care, real time control etc. process the data closer to the origin [1]. This computational paradigm is termed as fog computing.

Analogically, the evolution of software defined network (SDN) is the same as computer systems.Â Similar to this evolution, in SDN the network infrastructure has been divided into data, control and application plane. There are open standards for communication between these planes. Similar to the computer system, in SDN, applications at the application plane control the entire network infrastructure. 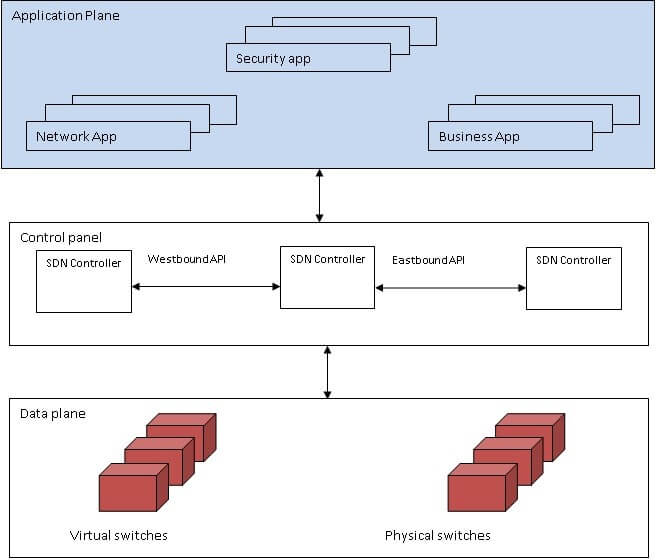 The data plane contains the devices which control the data traffic flow. These devices communicate with control plane devices or SDN controllers using Open Flow (OF) protocol. In SDN paradigm, this interface is also called as South bound interface and devices as Open Flow switches. OF switches process incoming packets consulting the forwarding tables. These tables are configured by SDN controller using OF protocol. There are three kinds of these tables named as Flow table, Group table and Meter table.

This work is based on the work by Wang J.Â The proposed model contains three main layer cloud layer, terminal device layer and Fog computing layer. the cloud layer deal with the non real time applications, terminal layer uses for the industrial production and data transmission, and fog computing provided the real time based task computation by providing the SDN controller to optimize the CMS via WOA.

The local, cloud and fog are the three computing modes having different advantages and features. While implementing the WOA for the computing mode selection two categories of task unload and Offload task should be considered. The unloadable task is that which provided by the terminal devices present in the model like a calculator use in the smartphone. The task processed via edge server or cloud server is known as Offload task like server applications performed in the Smartphone.

The work implemented the computing mode selection for faster computation for several tasks. it optimized the distribution of tasks amongst cloud server, fog server and local server by WOA optimization. MATLAB code has been written for it. 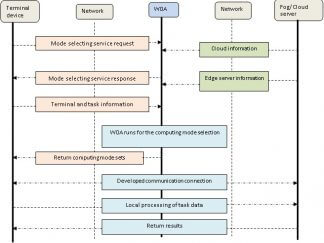