This is the code that simulates the encryption and decryption of an image using random and private keys in MATLAB. The elliptic curve cryptography is applied to achieve the security of any image before transmitting it to someone so that no one can see the data hidden in the image. At the receiver end, the destined user will already have the decryption key used for this. If the key is altered, the image will not be decrypted.

Note: The free version of this code has a limited 5 trials and few protected files. Once the 5 trials are completed, the code will be deleted and MATLAB will be closed.

This is the code that simulates the encryption and decryption of an image using random and private keys in MATLAB. This is the best online image encryption algorithm. In this, the elliptic curve cryptography is applied to achieve the security of any image before transmitting it to someone so that no other can see the data hidden in the image. At the receiver end, the destined user will already have the decryption key used for this. If the key is altered, the image will not be decrypted.

In the modern scenario, the digital images contain important information which required proper security while transmitting from one point to another. Security is valuable for some applications like military picture databases, medical imaging systems, and cable TV broadcasting. Image encryption has many benefits and it is the most popular security scheme of data or information processing.

The pixel value of the image is first converted into the points and formed groups onto the elliptic curve finite field. All the programs are developed in the MATLAB software, and performance is measured via some security analysis parameters. Simulate the MATLAB script and observe the results with different stages of encrypting and decrypting process. 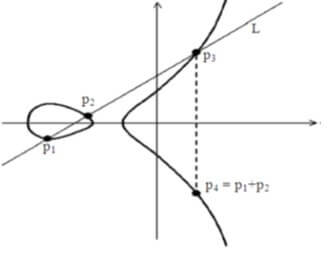 Figure 1 graph of an elliptical curve [1]

The ECC (Elliptical Curve Cryptography) is a private-public key pair used to encrypt and decrypt the data. ECC is asymmetric in nature which means for encryption a public key is used and decryption is retained via private key. The image pixel value is encrypted with the public key and decrypts the ciphertext later using the corresponding private key. The image pixel value is converted into the points on the Elliptical curve, then the mapping process is applied in the finite field.

A map table is created with respect to the group of elliptic points. A private key is applied to the mapped points and encrypted the pixel values of the image. Later a corresponding public key is used for the decryption process and retained the actual image from the encrypted image. The image encryption and decryption code are written in MATLAB.

The image consists of pixel values for different formats, like a grayscale image containing 8-bit pixel values from 0 to 255. A color image consists of three octet values separately; shows Red, Green, and Blue intensity of color. An image is encrypted with ECC (Elliptical Curve Cryptography) considers each pixel as a message mapped to a point on the predefined elliptical curve. A map table is created with the help of the elliptic group generated first and then points are placed into the 256 groups. ECC(Elliptical Curve Cryptography) is used for the encryption of points after the mapping process of all pixel values of images related to point one by one. Mapping matrix generated after the code is debugging in MATLAB.

Another technique Logistic map and Arnold cat scrambling are used for the online image encryption and code are available at free-thesis.

This is the step by step execution of MATLAB code for Image Encryption using ECC along with the function dependency.

Disclaimer: The following code is for demonstration purposes only. Without required functions, it will not execute. To run the code, the complete repository has to be downloaded.

Each pixel in the image is considered as a message and it is mapped on a predefined elliptic curve. All possible points on the elliptic curve have to be generated first. The first step is to generate possible elliptic points on ECC curve.

This encryption code is scalable code and can be used on any size of image. Though we are demonstrating it on Lena image. As the image size increases, the computation time increases. The gray image conversion is done as preprocessing step. Generated Elliptic points in the previous step are used here. You need to enter the public and private keys and the same has to be used for the decryption.

Input the encrypted image and public-private (same as in the encryption step) keys to decrypt.

In this work, the ECC (Elliptical Curve Cryptography) algorithm is proposed for the online image encryption and decryption process. ECC (Elliptical Curve Cryptography) is provided fast encryption and use for high information images. The mapping is performed for the conversion of pixel value into the point of an affine elliptic curve over a finite field using the map table. The encryption process is very fast and low complex in nature. The strength of the algorithm is checked by the security analysis function like histogram, key security, and correlation.

This image encryption code can be used in the following and other similar research papers. 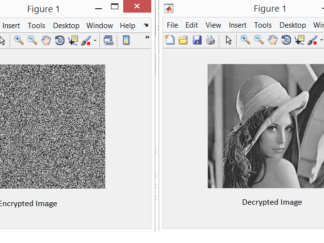