This simulink model is developed in MATLAB R2013a and might not be compatible with some latest vesrsions of MATLAB. It tunes the BLDC motor with NN tuning.

In case of DC motor category there are two types of motors available in the market. The names of the two motors are Permanent magnet synchronous motorÂ  and Permanent Magnet Brush less DC motor. The EMF production in these motors are in backward manner [1].

A Brush Less DC motor is operated by the direct current (dc) which having the automatically controlled commutation system instead of mechanically controlled commutation present in the synchronous motor. It is also known as the trapezoidal Permanent Magnet motor because of their output waveform shapes. It has the trapezoidal back emf waveform and quasi square waveform.

Figure 2 reflects the block diagram of proportional-integral control. It has one inner current loop and one outer speed loop. The difference of the reference and real speed provided to the PI controller as input.

The artificial neural network is inspired by a biological nervous system like human brains. It is a mathematical model and provides the non-linear relationship between the system input and output. The structure of the neural network consist of three main input, and output and hidden layers.Â  In this controller, the values of gain parameters of the PI tuned because of the weights and biases of the neural network. The optimal value ofÂ  kp and ki obtained after the training of Neural Network. 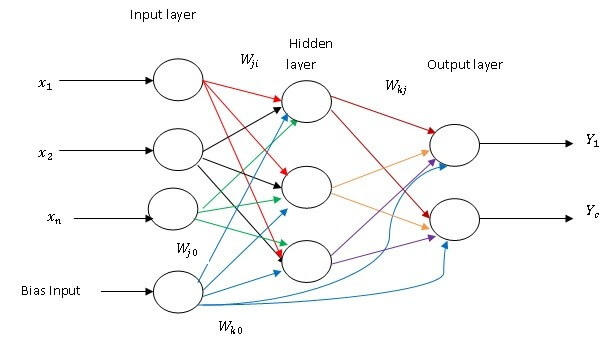 We proposed machine learning  Neural Network for optimal selection of gain parameters of PI. Neural Network structure inspired by the human brain so it has high decision making ability.

The ANN network also applied to the different applications like Automatic Digital Modulation Detection by neural network available at free-thesis.

ANN has the two main components which are called linear components and nodes. The nodes are fabricated as the input and output node which further connected to the outside environment. The PID controller gain parameters Proportional gain (kp ), Integral gain (ki ) and Derivative gain (kd ) are tune by the Neural network.. Each layer has the different weights and biases which affect the output of the network. 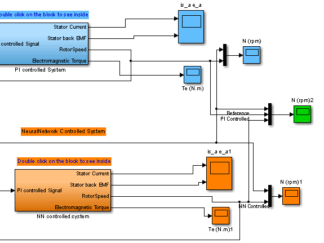